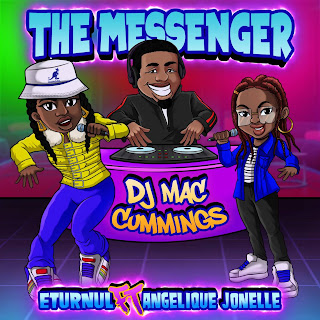 Eturnul is an award winning lyricist, songwriter.she celebrates Mr Big ,Stuff’s 50th Anniversary.
with Caraljo Music as she drops, a new single.
titled “The Messenger”
Stream and buy song the red link below,
“Mr  BigStuff” was originally recorded in 1970 at Malaco Studio in
Jackson, Mississippi and was eventually released by Stax ,Records in
1971 on Knight’s debut album of the same title. The song became a
huge crossover hit, spending five weeks.   at No. 1 on the Billboard
Soul Singles chart and peaking at No. 2 on the Billboard Hot 100.
Singles chart,
Billboard ranked it as the No. 18 song for 1971 and it went double.
Watch video subscribe to Eturnul YouTube channel below.
STREAM & BUY SONG HERE

platinum and became the No. 1 Soul Single of the year. The song has  remained relevant decades after its release, featuring in the 2007  mini-series The Bronx Is Burning and sampled by R&B and soul  artist John Legend, Hip Hop artist Heavy D and the Boyz topped  the charts. Queen Latifah and many others released their version  of this classic hit. Eturnul, We 805 South, is celebrating Mr. Big Stuff’s 50th  Anniversary as she releasest he hot new single “The Messenger.” She  treats her fans and lovers of good music to her lyrical prowess and  amazing vocals, features that have endeared her to millions of  people in different parts of the world. Media Contact 805 South Latesha Nicole (CEO), we805south@gmail.com United States www.instagram.com/ImEturnul www.youtube.com/ImEturnul www.facebook.com/ImEturnul.